Teach For Canada is a non-profit organization that works in partnership with northern First Nations to recruit, prepare, and support committed teachers. They are working to bridge a clear gap in education: teacher supply and turnover in the North are twin challenges that compound historical injustice and systemic inequities and directly impact the academic opportunities of First Nations students. Since 2015, the organization’s programming has led to an increase in student engagement, attendance, and achievement, showing that with the right resources, students can reach their full potential.

In 2020, the Gay Lea Foundation became a primary program sponsor of Teach For Canada’s Administrative Preparation Program, a new initiative that supports principals in northern First Nations. The program yielded significant impacts, not only on leadership in northern schools, but also on the students and communities as whole.

“The generous contribution from the Gay Lea Foundation has allowed Teach For Canada to adapt and extend our traditional support model to reach school leaders in the North. This programming has demonstrated a positive impact on the students and schools we serve,” says Taylor Leppik, Teach For Canada’s Growth and Partnerships Manager. “There have been wonderful stories coming out of this grant, and we are all very grateful for the Foundation’s support.” 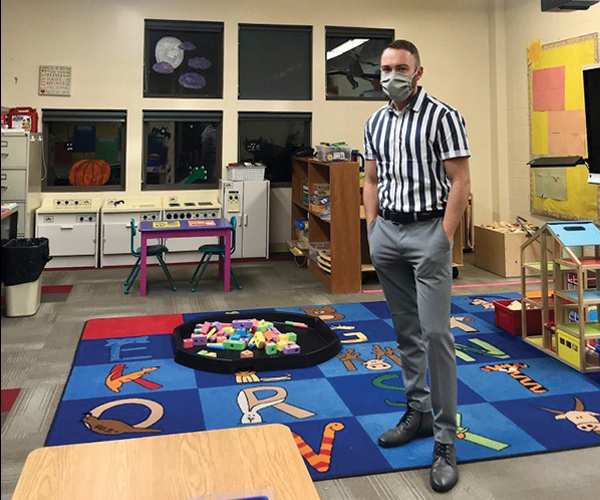 On top of being principal, Chris Johnson is the acting kindergarten teacher at Pegamigaabo School in Big Grassy River First Nation.

One of these stories comes from Christopher Johnson, a principal and kindergarten teacher living and working in Big Grassy River First Nation. He joined the 2016 Cohort of Teach For Canada and completed his two-year commitment teaching grades 3 and 4 at Pegamigaabo School in Big Grassy River First Nation. Johnson recently took on the role of principal at Pegamigaabo School and is being supported by Teach For Canada’s Administrative Preparation Program (APP). This program was particularly important throughout the COVID-19 pandemic, and helped support Johnson as he worked to support his students and the community around him.

“COVID-19 has offered several opportunities for my colleagues and me to strengthen our ties to our community,” says Johnson. “In addition to assembling, delivering, and assisting students with weekly schoolwork packages, we’ve taken shifts staffing community checkpoints, assisting with organizing and storing deliveries for the community food bank, and have dropped off weekly breakfast and lunch hampers to our students. Being able to take responsibility for the community has provided me with a sense of purpose during a period of ambiguity and constant change. I am very grateful for that, especially while being far away from my family and friends.” 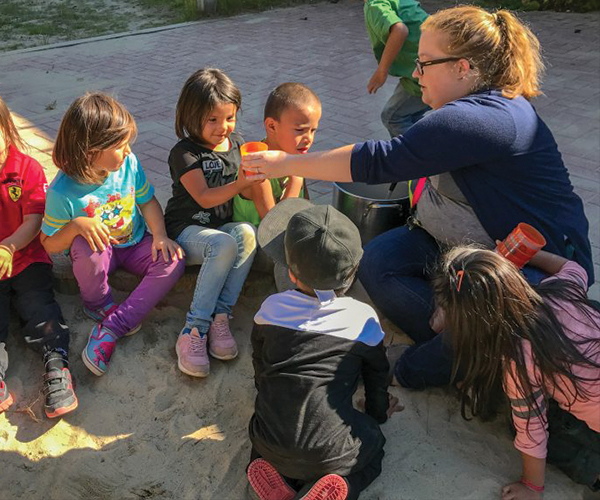 Alisha Hill, principal at Waninitawingaang Memorial School in Lac Seul First Nation, spending time with her students before the pandemic.

Alisha Hill, a principal at Waninitawingaang Memorial School in Lac Seul First Nation, has also been working hard to keep her students engaged and supported throughout the pandemic.

“Adaptations were made to our programming in an effort to involve community members and staff who were unable to meet in-person with students,” Hill says. “We’ve organized virtual drumming sessions and have had one of our mental health counselors virtually demonstrate large-scale chainsaw carving, so students could watch and participate in real time. We’ve also had a parent who is well-versed in trapping show the students their animals and skins during Native Language class.”

The Administrative Preparation Program has had clear impacts on principals and students, particularly throughout the pandemic.

“Teach For Canada is incredibly grateful to have the support of the Gay Lea Foundation during this exciting period of growth,” says Leppik. “The support from Gay Lea Foods, its members and its employees will continue to benefit school leaders and community members for years to come.” 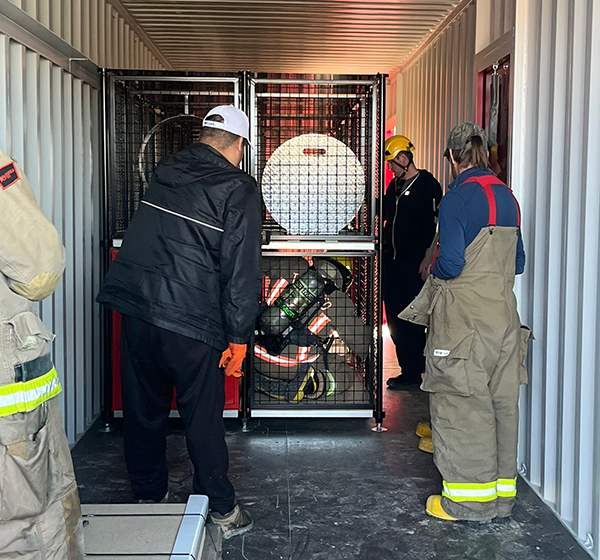 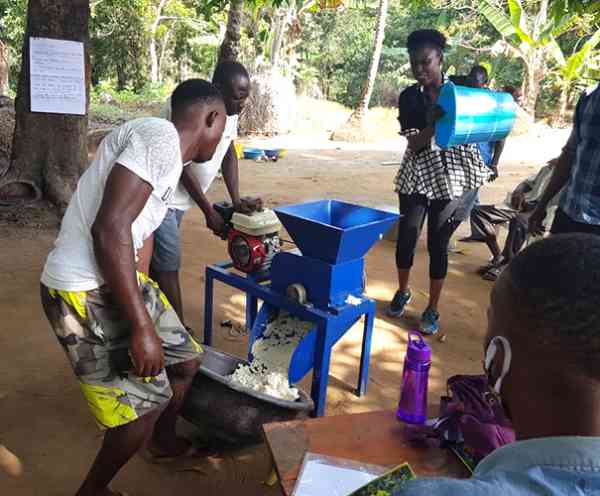