Being the ‘Recipe for Change’ 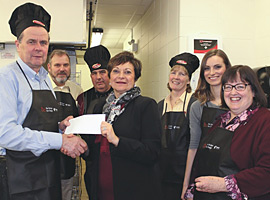 Directors from the Gay Lea Foundation visited the YWCA Hamilton on March 13th to prepare a meal as part of the Be the Recipe for Change program, an initiative of the YWCA Hamilton’s At the Table social enterprise, which provides healthy meals and training opportunities to women who are homeless and accessing the organization’s Transitional Living Program.

The visit gave Directors the opportunity to see how a donation of $25,000 from the Gay Lea Foundation has helped to modernize and improve the kitchen, which is the central piece of the At the Table program. They were met by YWCA Hamilton CEO, Denise Christopherson, and Chief Development Officer, Debbie Logel-Butler, who thanked the Foundation for the November 2016 donation, which supported the purchase of furnishings and equipment.

“It’s a special feeling for us to be able to go in and actually see the impact the Foundation has had here at the YWCA Hamilton,” said Gay Lea Foundation Chair, Gerry Van den Hengel. “Many of the women who came here today took the time to stop and thank us, not only for lunch, but for our support overall. You could tell how grateful they were.”

The YWCA Hamilton was one of four registered Canadian charities supported by the Gay Lea Foundation in November 2016. Renovations to the organization’s kitchen and adjoining café, which will be open to the public as a social hub, are expected to be completed in Summer 2017. 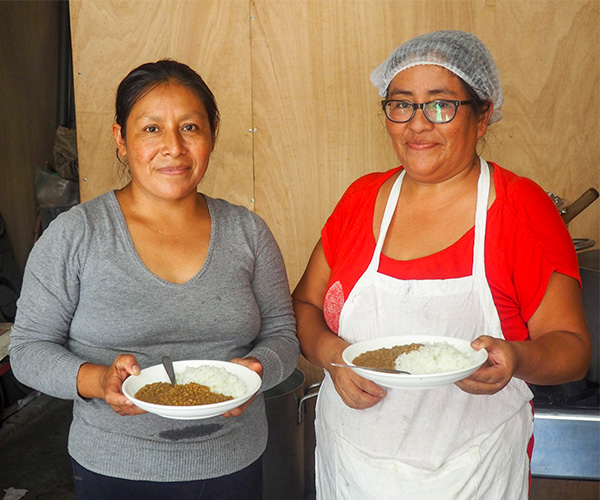